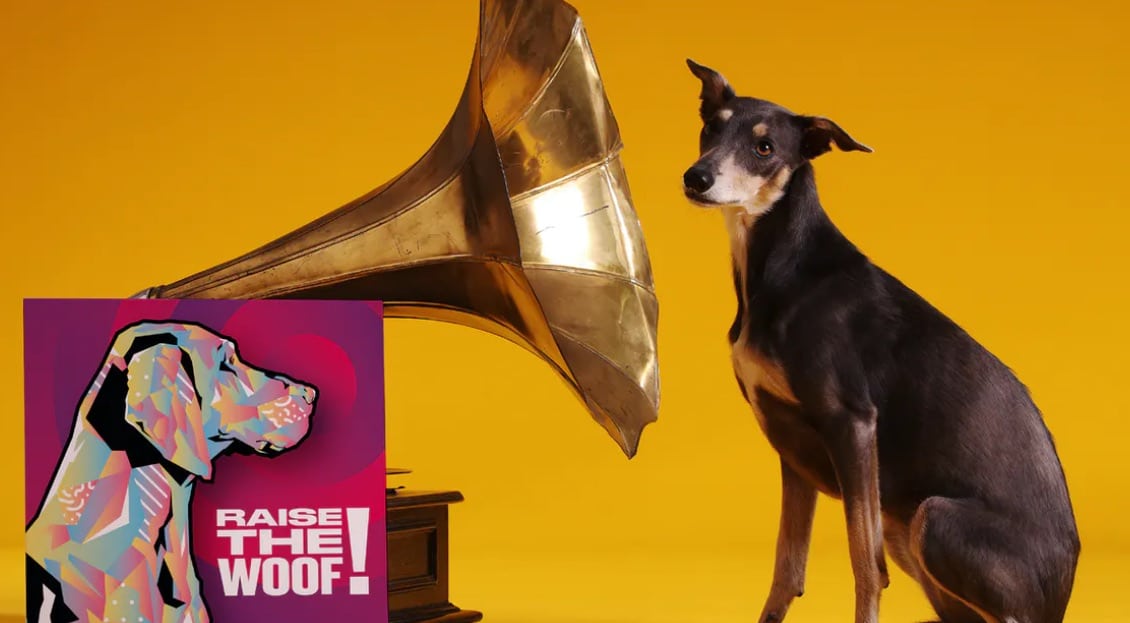 Sure, we all love the classics, but there’s a new tune in town, and it’s making some dogs very excited.

The Debut of a New Christmas Classic

Custom dog food company tails.com is behind this slick cut, citing a 2020 study that found shelter dogs became calmer when classical music was played, along with research from Scotland’s SPCA that suggested dogs enjoyed reggae in particular. So, the company figured, why not a dub-inflected, Christmas song just for dogs? (Naturally?)

According to the company, the song is “based on sounds and noises dogs enjoy” and part of the emerging “waggae” genre, aka, “reggae designed to wag tails.”

This epic tune was created with help from tails.com’s Head Vet Sean McCormack, dog behaviorist Carolyn Menteith, and 25 of the company’s people and dogs. The musical experts behind this track are composers Soviet Science and the group’s producer, Scuta Salamanca.

Fun fact: This track was filmed at the one and only Abbey Road studios. Yes, THE Abbey Road Studios in London.

Nox is REALLY into the new Christmas song, “Raise the Woof!”, from @tailsdogfood #RaiseTheWoof pic.twitter.com/539wYoKba1

“Raise the Woof” is now streaming on Spotify, Apple Music, and YouTube. If your dog loves this song as much as we think they will, you can purchase a limited edition vinyl here, which supports Bristol, UK-based Dudes & Dogs, a men’s mental health charity.

Now go play it for your dog, and tag @roverdotcom so we can see their reactions!